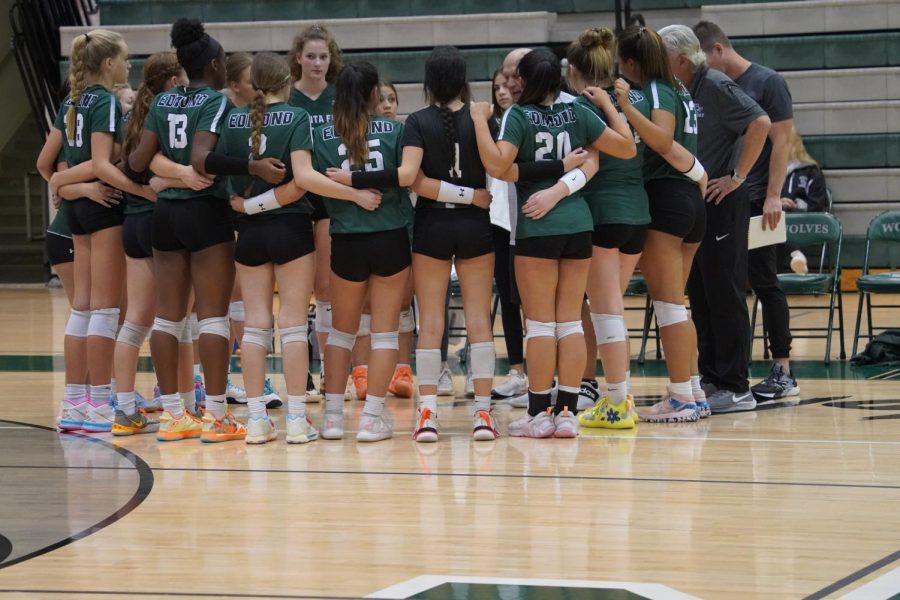 As the 2022 season comes to an end, Seniors reflect on their legacy through a new leaf.

This season has been significant for Santa Fe volleyball players. Especially for seniors, Maddie Edwards and Katelyn Branson who hope to leave a legacy for the underclassmen.

“Put in the work for the outcome that you want,” senior Maddie Edwards said.  “Believe that you are able to make progress and achieve goals regarding volleyball.”

To keep the positive spirit of Santa Fe’s volleyball program alive, the players have some advice.

“Always do your best and don’t listen to other people.” senior Katelyn Branson said.

This final season started with anticipation for the success of the team.

“I think that we ended up finishing way higher than we expected; at the beginning of the season we didn’t know if we would make it to state,” Edwards said. “As the season went on we realized we had a lot of potential.”

Although the team didn’t make it to state this year, they still worked hard and are proud of overcoming their challenges.

Both Katelyn and Maddie recall not only the sports but the memories made. From Coach Truesdell’s driving to welcoming new wolves to the team, these will last a lifetime.

The future holds a great deal for these two players who plan on continuing their volleyball career in college. Maddie is weighing her options and Katelyn is committed to Southern Nazarene University.

Although the team will lose several valuable senior players this year, it is their legacy that will keep the team together.